Singer, composer and producer King Jamsheed presents their debut full-length album Secret Winter. Written, performed and produced single-handed, Secret Winter is an epic poem to carry us through the frozen forest, sometimes flying in the sun, sometimes fighting the blizzard. We march, we follow, we climb. We keep the horizon in view and in time, the new leaves of spring appear, silent and bright. Trapped aboard a ship, with all ports closed for 5 weeks as the pandemic spread in 2020, King Jamsheed wrote this album in total isolation from the imploding world.

King Jamsheed also releases a single in a different genre every month throughout 2021, part of their #monthlysongchallenge

So far, these have included Say These Names, with lyrics entirely by trans black activists; Ashes to Pluto, the story of Clyde Tombaugh discoverer of Pluto in 1930 whose ashes are now in orbit of the dwarf planet; and A Stranger’s Arms: the search for physical validation during lockdown. Industrial pop song Coal Black Sky drops in April, followed in May by an exploration into the neo-folk genre with a cute little song called Dog Bones, mixed by Chris Rec.

Check out the story so far.

King Jamsheed signed with Collaborative Records to release a solo contemporary classical collection in 2021. The 15-track album is named Luna Moth (Actias Luna) and represents a music study these elusive, fascinating creatures, with whom humans share an astonishing amount of emotional data. The first single from Luna Moth (Actias Luna) is called Handsome Moon, out 12 March 2021, followed by the album in May 2021. 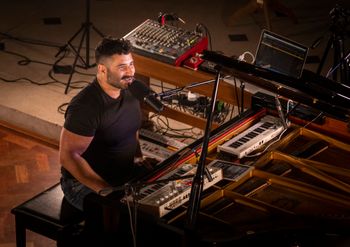 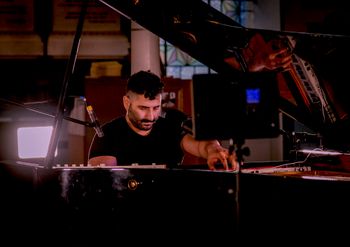 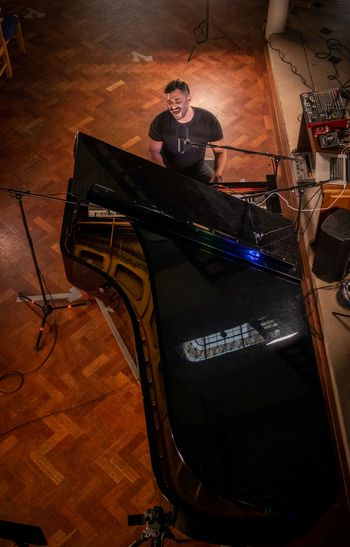 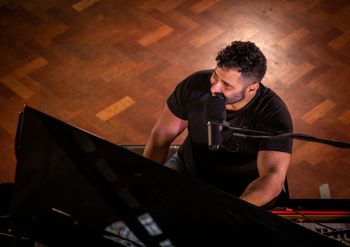 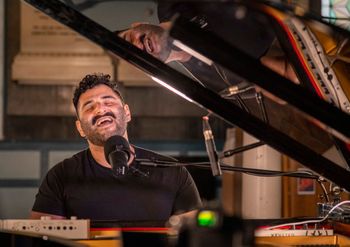 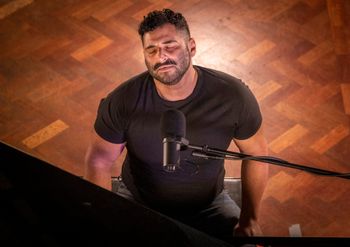 Following a long career as a music arranger, Jamsheed Master has already scored several BAFTA-wining video games and is part of the creative team behind The Baby Mine Project - A Lullaby Collection, part of a beautiful endeavour to bring music into orphanages across Africa, already earmarked for a Grammy. Under a new moniker, King Jamsheed has been collaborating with one of London’s leading choreographers to create a spectacular new piece for 2024 - details to be released soon - alongside a new operatic work Johnny Narcissus, with author Jake Arnott. A bluntly spoken trans ally and queer artist of colour, King Jamsheed aims to create the fully inclusive, diverse music that was missing their whole life.

Stamping out their own path in the music industry, King Jamsheed is one of those individuals whose work you have heard but you may never have seen their face. Songwriter for Stephen Barry (The Voice, BGT), composer to drag legend Le Gateau Chocolat, arranger for The Baby Mine Project (no.5 on iTunes), King Jamsheed also fronts Brighton Pops Orchestra, operates the musical brains of artist Luckybear and has a prolific output as a production composer for sync.

In March 2020 King Jamsheed was performing a touring show aboard a ship in the Pacific when the world’s ports shut down as the panic spread. Trapped at sea for five weeks, they wrote their debut album in total isolation from the imploding world. That epic storybook album Secret Winter dropped in November 2020 and they have not stopped making music since.

King Jamsheed was scooped up by Collaborative Records the day after the album launch, agreeing a solo piano album for May 2021 with further releases to follow. The first result of this friendship is Luna Moth (Actias Luna), a neo-classical study of the emotional data humans share with moths. Using prepared pianos and felt sampled instruments, singles from the album dropped in March and April: Handsome Moon and Luna Instar. The full release came in May 2021 and a streaming concert across June 2021 for Brighton Fringe to promote it. The show formed part of “King Jamsheed: Lonely Piano”, an atmospheric livestream from St George’s Kemptown, tickets available via Brighton Fringe website.